Stepping Out of the Comfort Zone

Communist Russia. The mere words bred agitation for my parents in the early 1960’s. The Cold War, the Cuban revolution, Russian involvement in Cuba, the proximity of Cuba to the United States, the possibility of another world war. Russian dominance. Russia, Moscow, The Kremlin. A time, a threat, anxiously real and reminiscant of a feudal play for superiority.

Recalling this period of time, a childhood memory of anxiety together with ongoing years of political interplay across the super powers of Russia, USA and China, to arrive in Moscow, as a tourist from across the world, was stupendous.

It was exciting and yet it wasn’t exciting. It was ordinary and it was extraordinary. It was different and it was the same, at least on the surface. It was like any large city but with difference; large, particularly in conjecture, in tumultuous history, in its calculating play on the world stage. It was interesting, so very interesting, in speculation of super power superiority. To arrive, stay and tramp the tourist trail of sights was a mix of thought, wonder and a disbelief of sense of place. We were here, we were there, in Moscow; in this place of Cold War temerity, we visited The Kremlin. 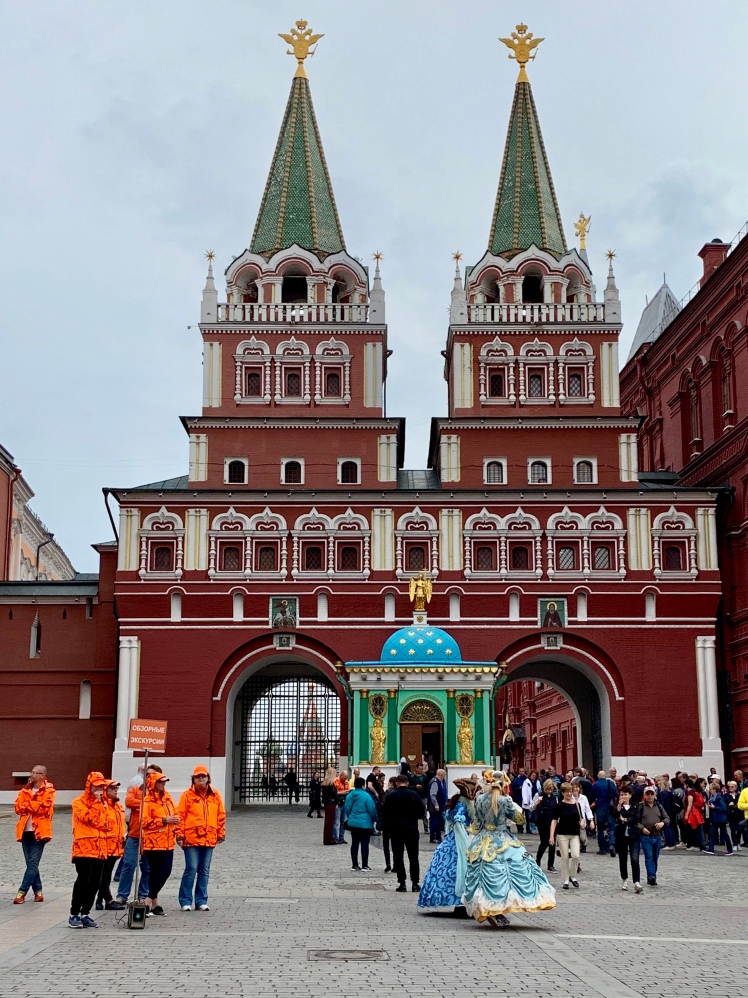 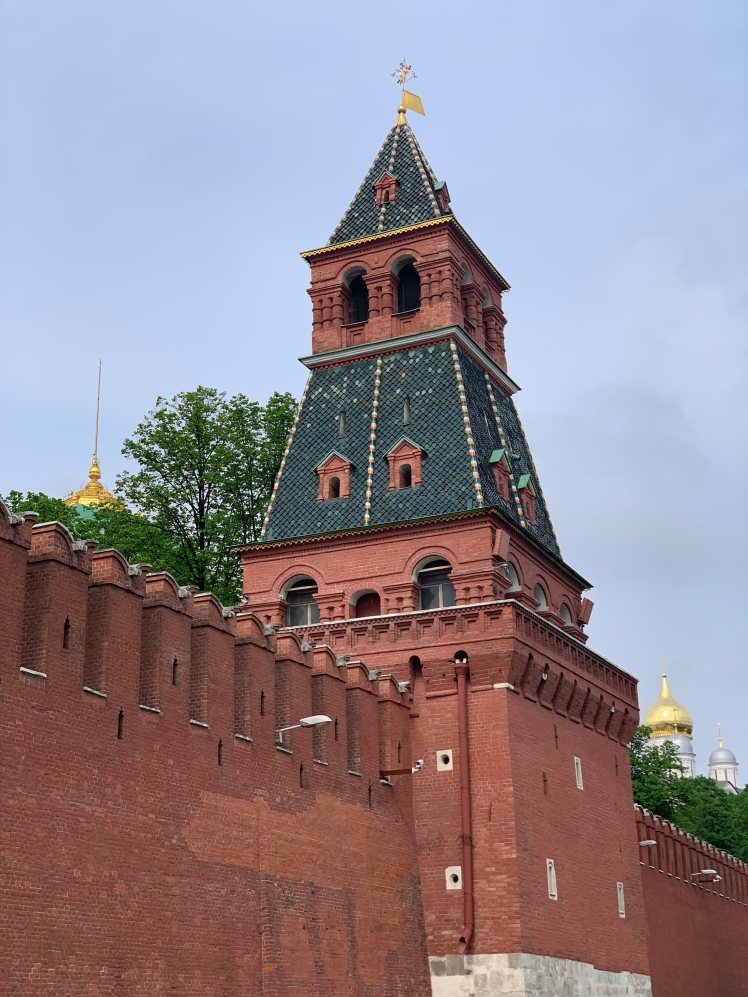 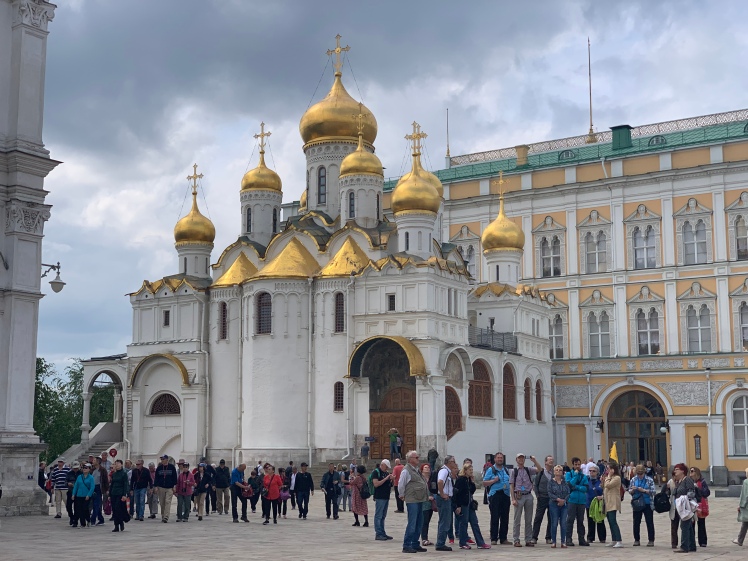 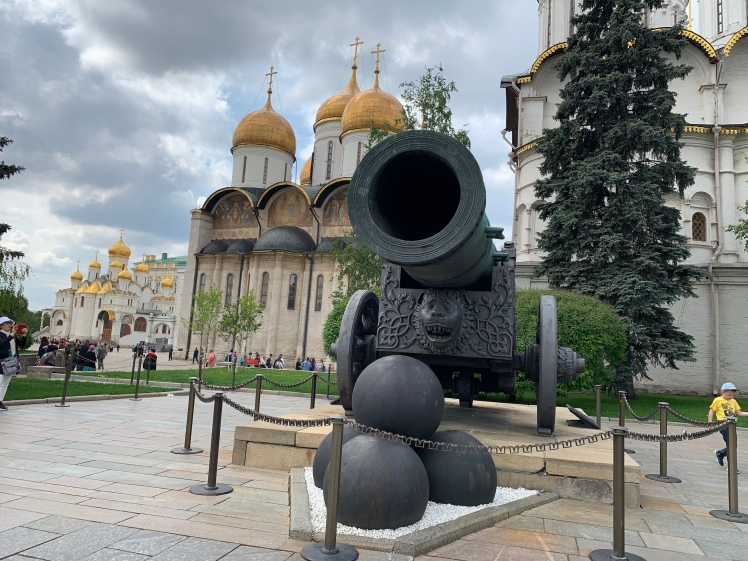 Kremlin, in Russian, means fortress, a walled city, a city within a city and seat of power. However, the Russian government is now at The White House, outside the Kremlin. The Moscow Kremlin includes five palaces, four cathedrals, a museum and the enclosing Kremlin Wall with Kremlin Towers. Also, within this complex is the Grand Kremlin Palace that was formerly the Tsar’s Moscow residence. It now serves as the official residence of the President of the Russian Federation. Mr Vladimir Putin was not available to greet us the day we arrived. 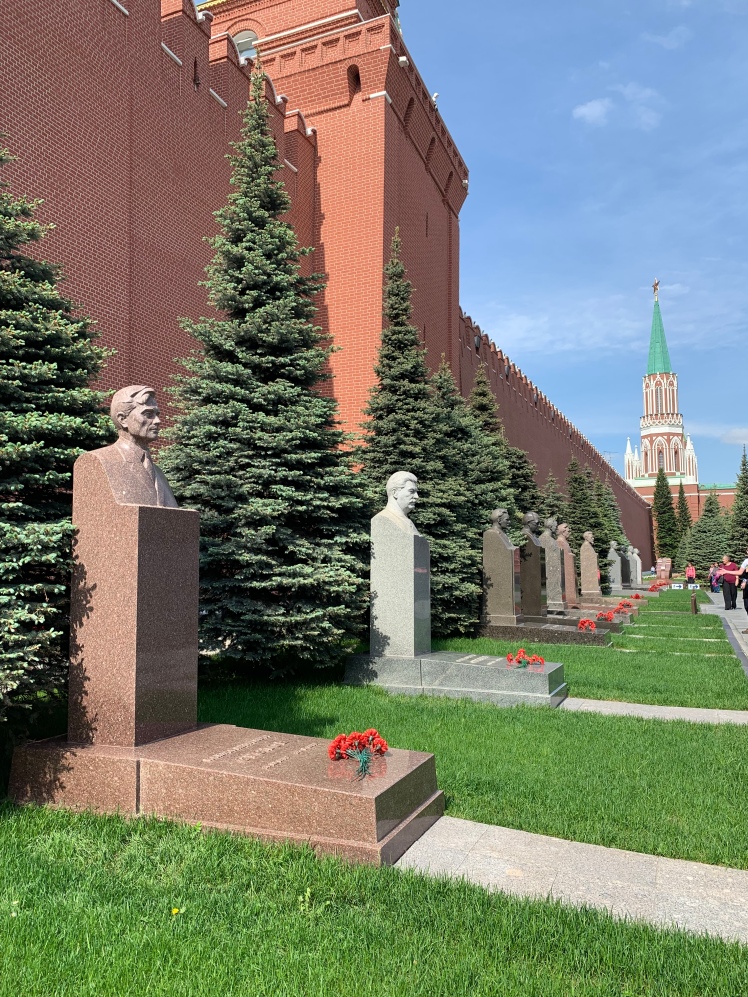 At the Mausoleum just beneath the walls of the Kremlin on Red Square, built in 1921 to house the father of communism, we walked as instructed, without stopping, without talking, without photographing, through the cool, the vaulted, exalted resting place of Nicolai Lenin, leader of the Russian Revolution and first leader of the USSR. His mummified body in studio-lit glory encased in bulletproof glass. We were agog with common gossip of Josef Stalin’s place alongside Lenin in death-lit-glory, in 1953, then later, in 1961, hastily removed to the outer Mausoleum wall, a less glorified place; no longer revered. His crimes against humanity had became known, shameful, horrified common knowledge.

The Seven Sisters of Moscow, seven skyscrapers known as Stalin’s skyscrapers are distinctive on Moscow’s skyline. They remain some of Europe’s tallest building. However, it was St Basil’s cathedral that took our fancy. We stood amazed before the wonderful beautiful architecture that seemed conjured of fairytale. The cathedral has been part of the Moscow Kremlin and Red Square UNESCO World Heritage Site since 1990. 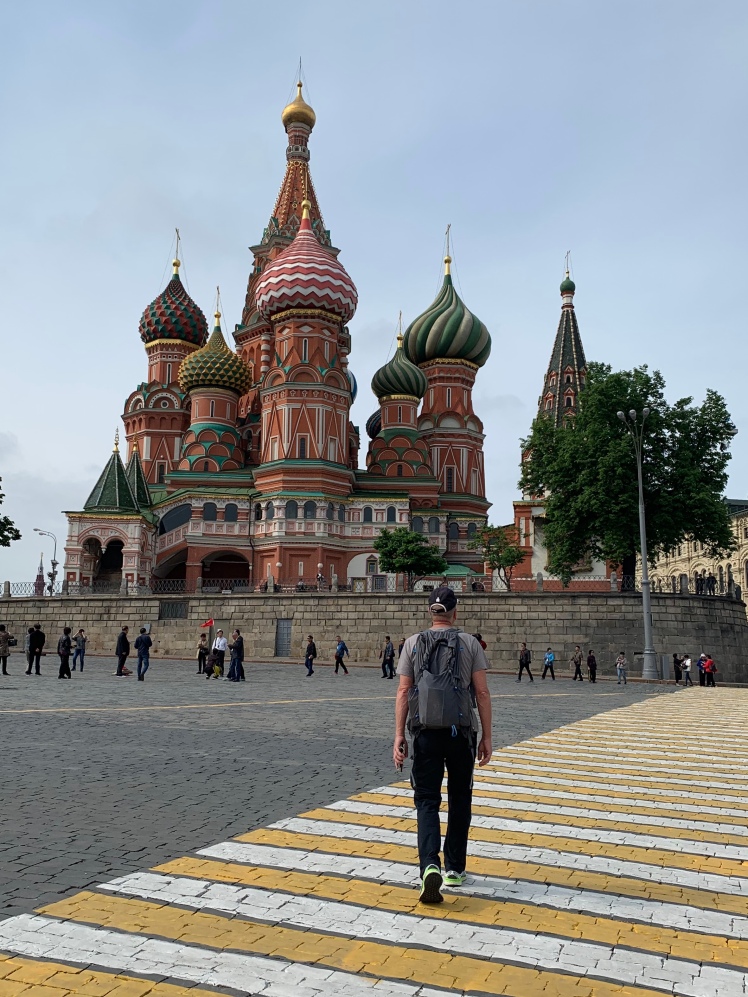 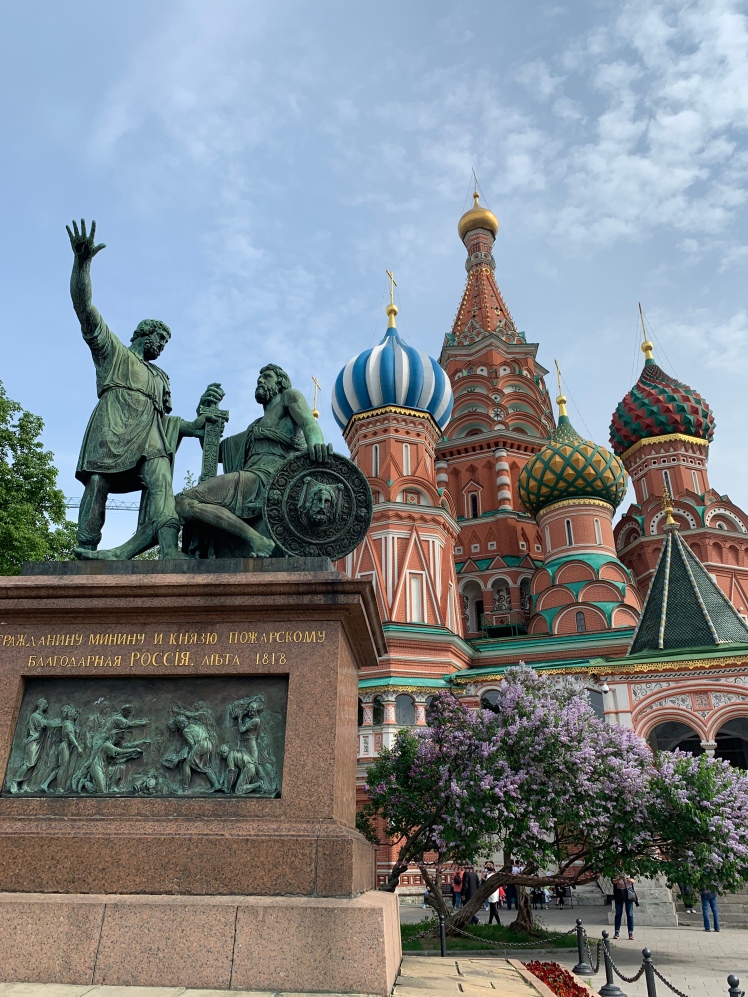 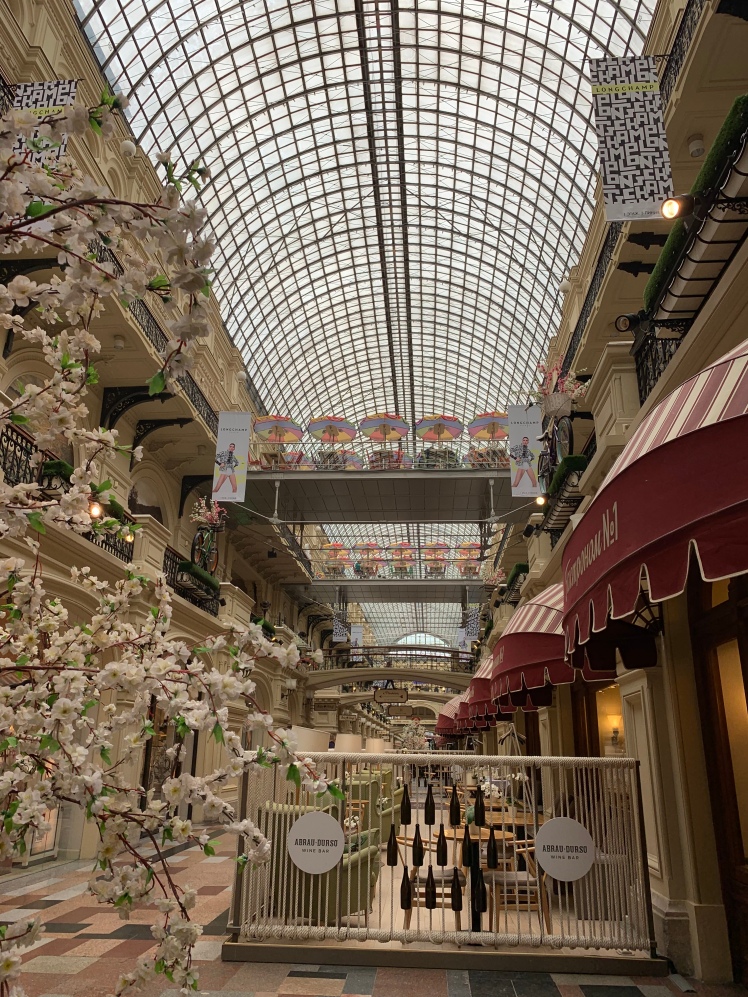 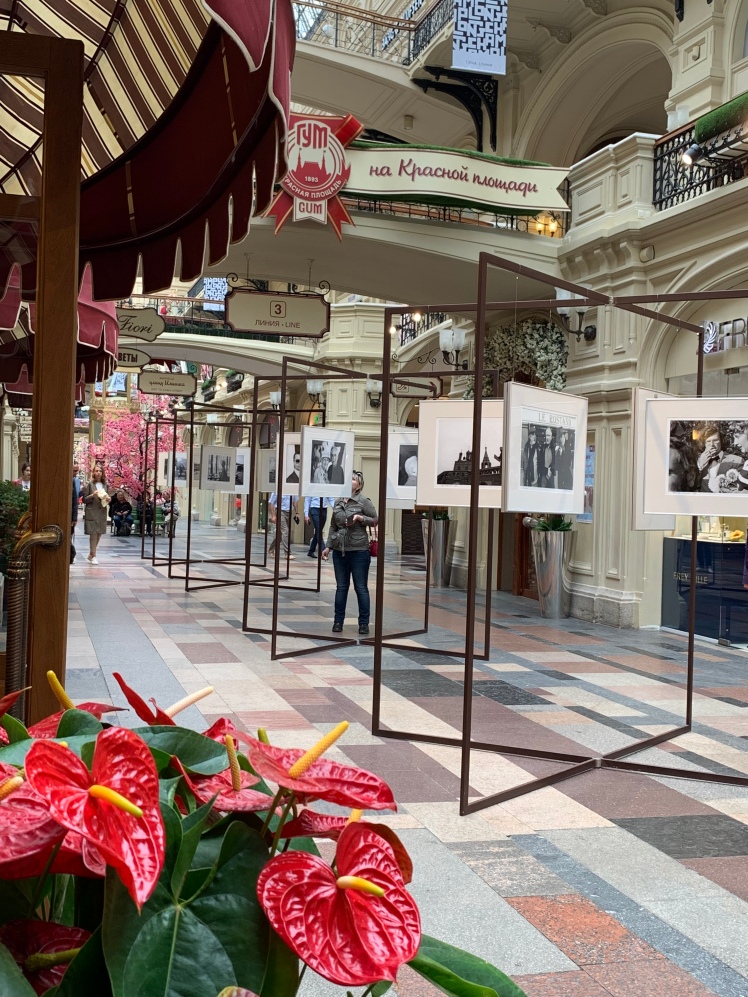 Formerly a place of trade for merchants, GUM’s checkered history has survived demolition and now houses famous shopping brands. Expensive to shop at, most Moscow inhabitants meet there to chat and eat ice cream. We did likewise, enjoying both ice cream and artistic displays on various levels, ignoring the glitzy shops of expensive goods.

Alone and together with our fellow 12 touring Australian companions, John and I ate and drank in cafes and restaurants near Red Square lined with the prettiest overhead pink and purple strands of butterfly fairy lights. 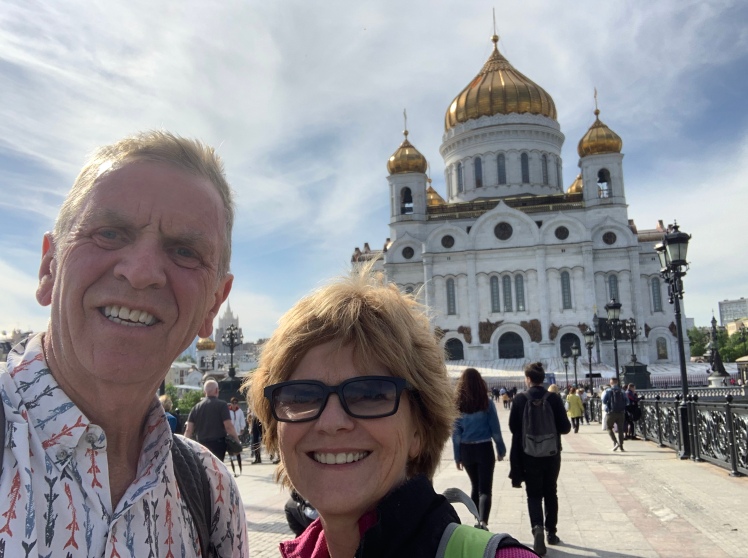 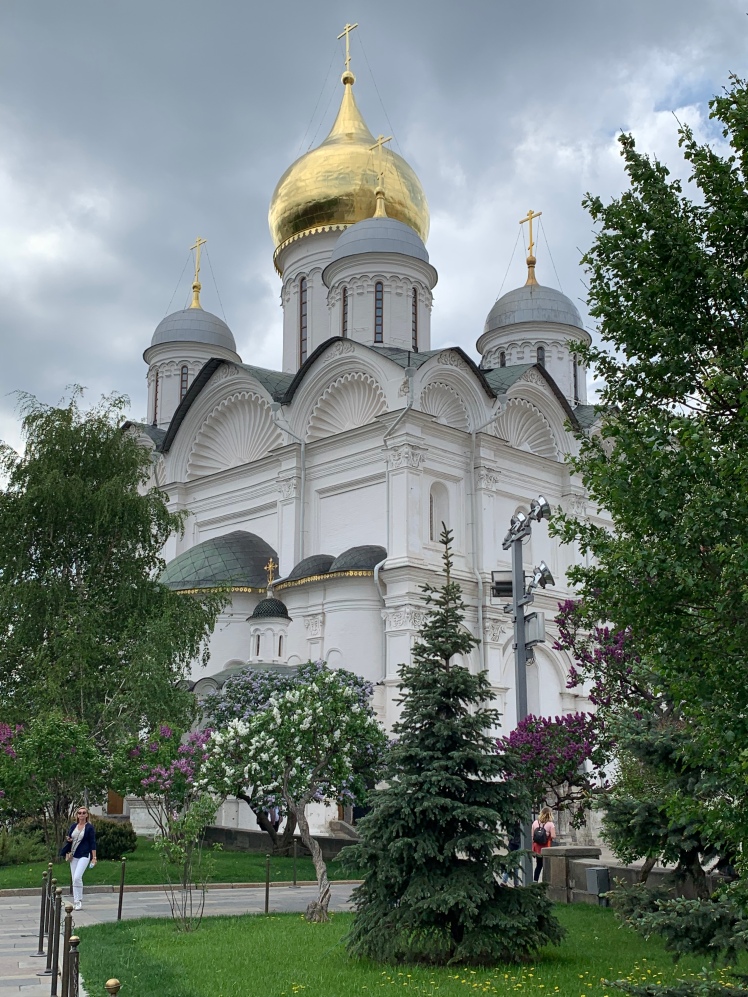 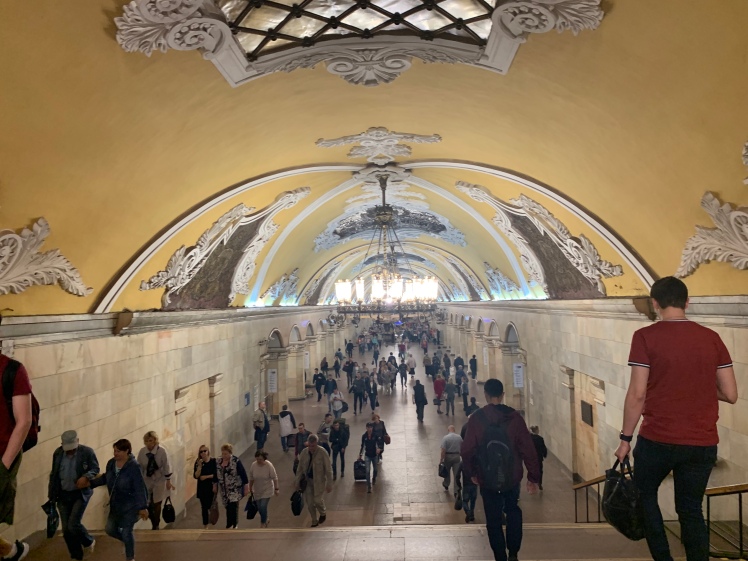 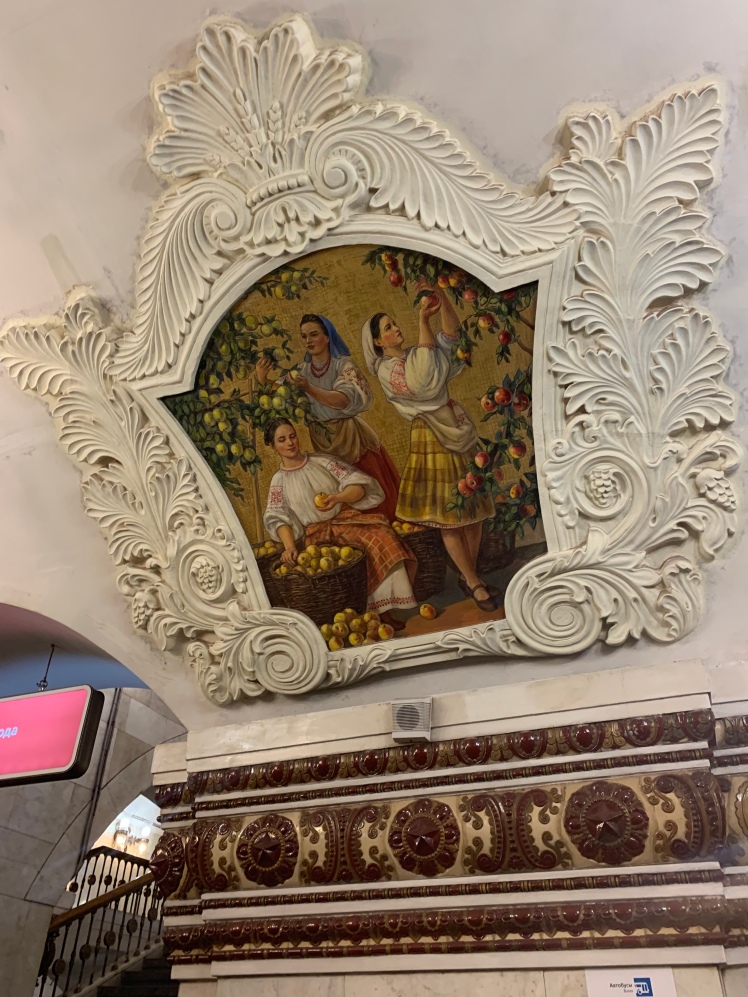 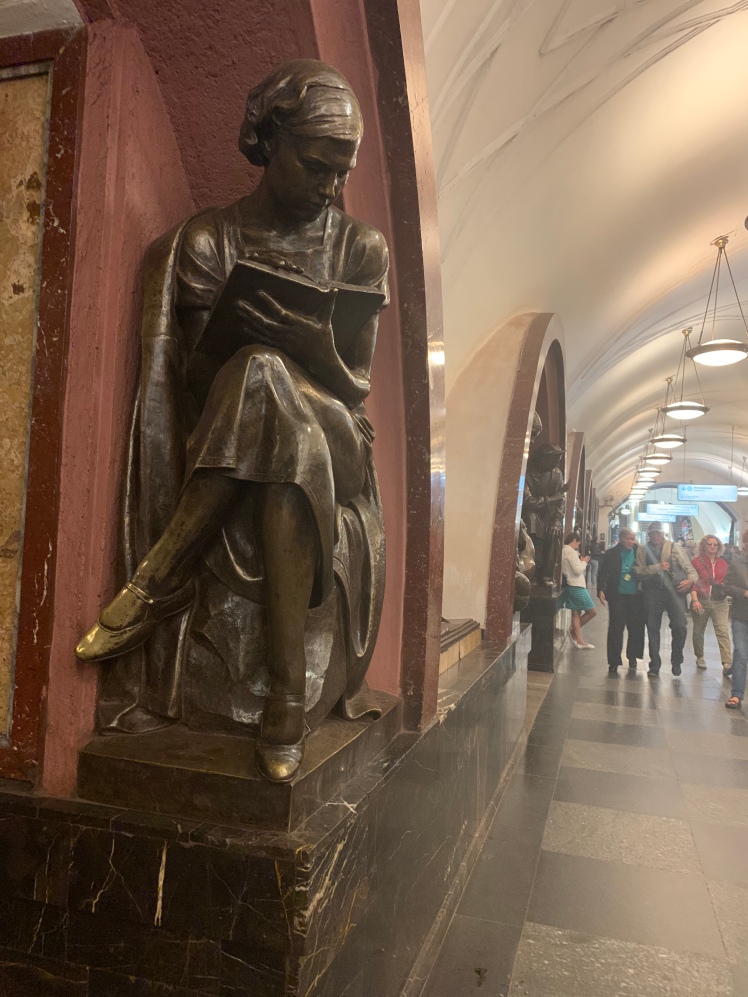 Beautiful describes Moscow’s underground metro stations. The most spectacular stations are those built in the Soviet period – particularly during Stalin’s reign when the dictator envisaged the underground system as ‘Palaces for the People’. A guided tour of the underground starting from the station near our hotel (which was one of a number of high rise hotels built for the 1980 Olympics) was interesting. Massive chandeliers, grand marble interiors, with beautiful mosaic story plaques, multiple brass statues decorating and telling of stories. It’s many stations, competing in grandeur with any in St Petersburg. This artistic, visual display of communist life, dishonest;  it is now seen post Stalin, in its representation of common people in adverse reality, but extraordinary in display nonetheless. Mosaic images of Stalin have been deftly replaced as communist ideology marches with renewed 21century medium and truth, an uneasy freedom where our guides on various tours talk in platitudes with additional quiet asides. 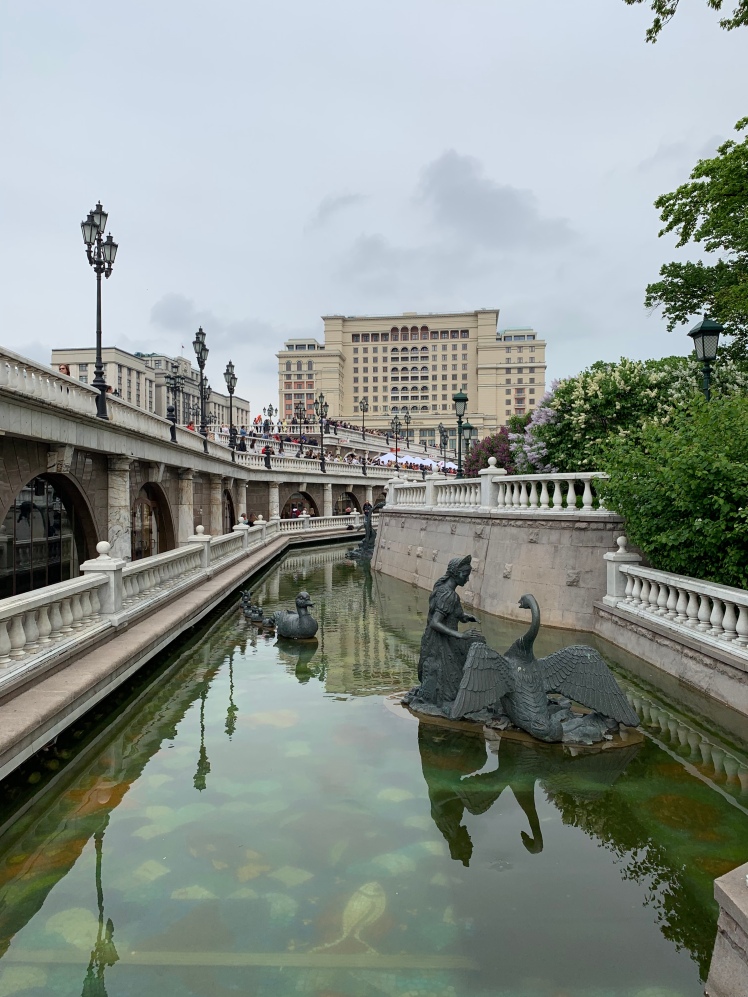 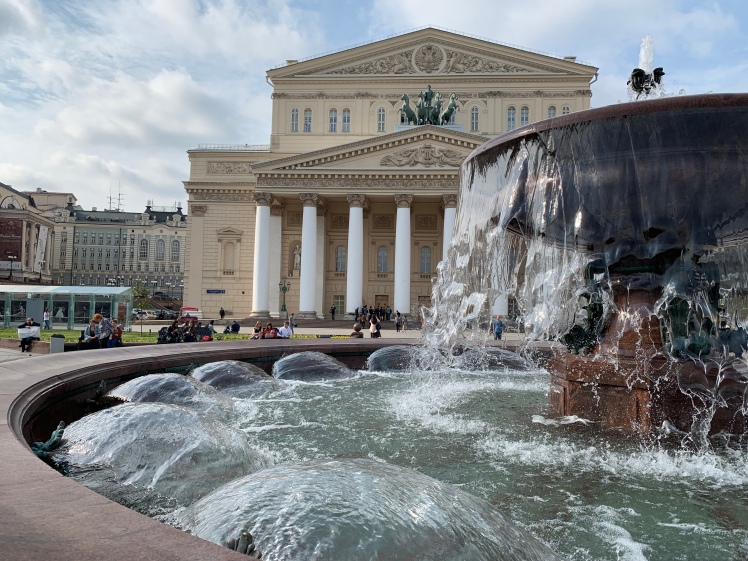 Moscow, named after the Moskvar River that flows through and home to 20 million. Show pony, show piece for the tourist maybe, along with St Petersburg, but we enjoyed our brief affair.

9 thoughts on “A brief sojourn in Russia and Scandinavia. Part One”